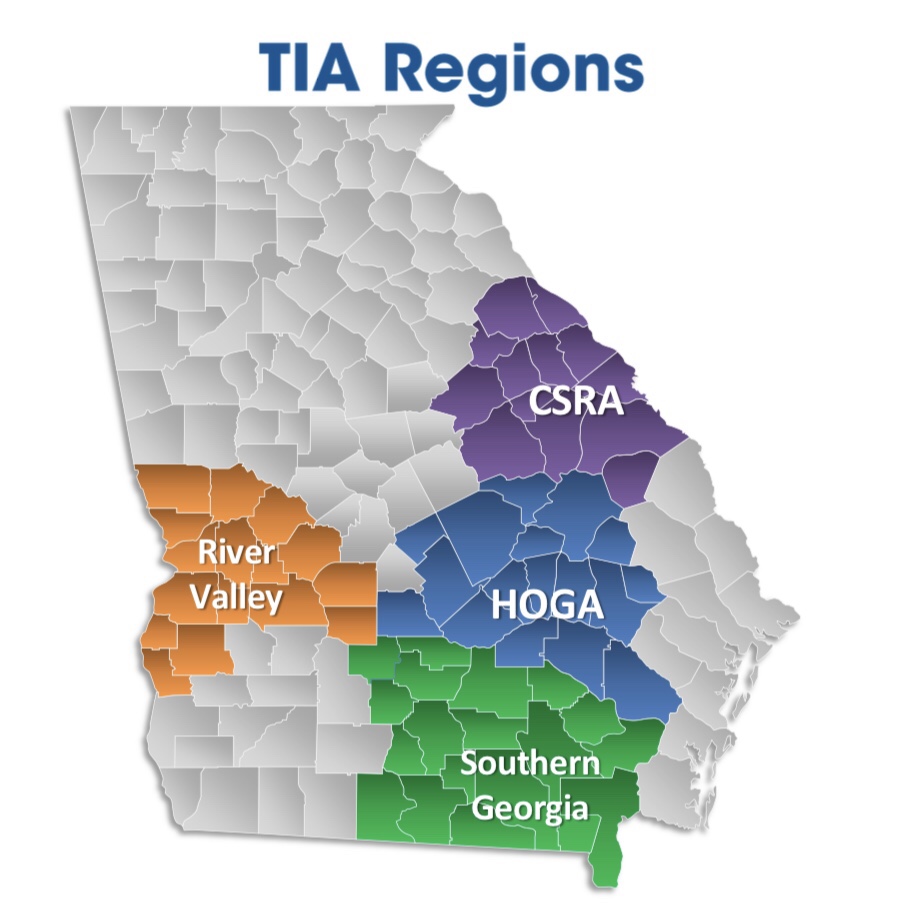 The Transportation Investment Act, otherwise known as regional transportation SPLOST, surpassed one billion dollars in total tax collections during 2019. The program collects a one-percent sales tax in four out of twelve regions within the state.

Many will remember summer 2012 when the TIA referendum failed in nine out of twelve statewide regions, including metro Atlanta. For the three regions that passed the penny tax â€“ Augusta, Columbus, Dublin and their surrounding counties â€“ collections began in 2013 and will continue through 2022.

The Southern Georgia region, including Valdosta and Tifton, voted to join the program in May 2018. Together, the four regions represent a combined sixty-four Georgia counties participating in regional T-SPLOST.

As of mid-January 2020, when the state TIA administrator presented a program update to the Georgia DOT board, collections totaled $1,056,257,334. Seventy-five percent of collections are retained by the state to complete the approved regional investment lists with the remaining twenty-five percent distributed to local counties and cities for use on transportation projects.

The three original regions have a combined 871 projects on their regional lists, with 764 of them in the Heart of Georgia region (shaded in blue on the above map). To date, 530 projects are complete with an additional 80 under construction. Project construction and close-out extends through 2027.

In south Georgia, five projects are complete with another twelve under construction out of 151 total. Their tax collections continue until 2028.

Augusta region to vote on TIA 2 in March

For the thirteen counties within the Central Savannah River region, or those counties surrounding Augusta, voters will consider renewing the regional T-SPLOST for an additional ten years when they head to the polls next month. Augusta is the first of the original three regions to consider a renewal referendum.

If approved, TIA 2 would continue the regional sales tax from 2023 to 2032. The tax is estimated to collect $923.2 million over the ten year period.

Local leaders finalized the regional project list in December with a major focus on resurfacing roads, a project category that was left out of the existing program. The fourteen page project list with an estimated 162 projects includes eighty-six that mention resurfacing.

P.S. an additional twenty-six counties have passed single-county transportation SPLOST programs. The first county to do so, and the only metro county to pass a referendum, Fulton County, did so in 2016.

About Clayton 1038 Articles
Clayton Carte is the founder and owner of MHF News. Since 2017, he has written over 1,000 articles sharing local updates with the community.