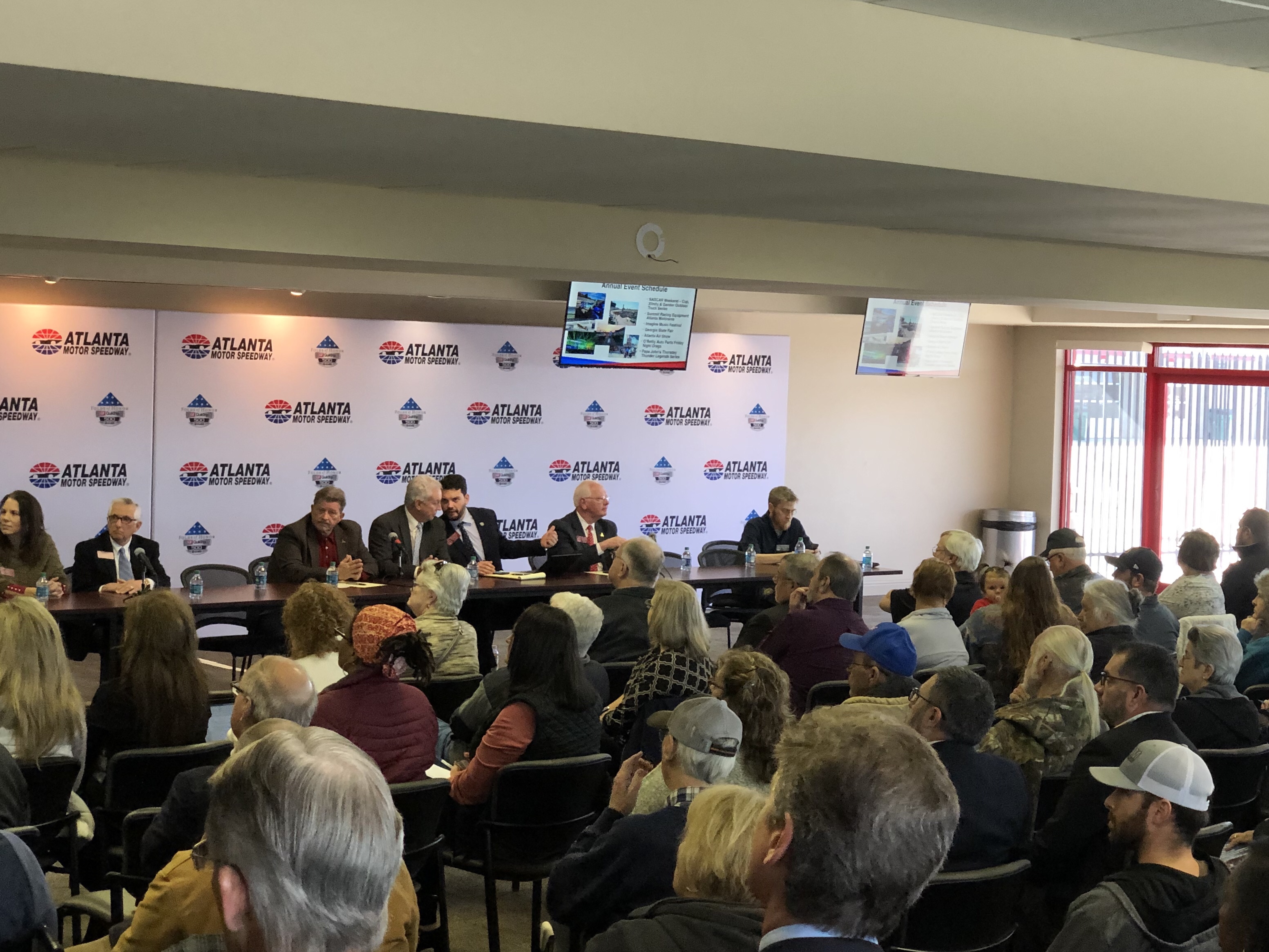 A standing room only crowd estimated over two-hundred people learned more on January 9 about a proposed casino and destination resort at Atlanta Motor Speedway in Hampton. The proposed development, and the possibility of legalizing casino gambling in the state of Georgia, are expected to be major topics when the general assembly reconvenes next week for the 2020 session.

Legalizing casino gambling will require a statewide voter referendum to amend the state constitution. According to polling presented to the study committee, 89% of Georgians support the legislature placing the question on the ballot. Doing so will require two-thirds of both the state house and state senate to approve legislation calling for the constitutional amendment.

Where to dedicate tax revenues if casinos are approved will be one of the biggest questions for lawmakers to address this spring. Committee co-chair Alan Powell (R-Hartwell) supports channeling revenues into healthcare, whereas others have voiced support for proceeds to go towards education.

The Georgia House Special Committee on Economic Growth opened the floor for community members to voice their comments, questions, and concerns. Attendees were generally in favor of the proposal, most notably the job creation that would follow and keeping funds inside the state instead of traveling to other casinos.

Kathy Gilbert, a former Stockbridge council member, encouraged Henry County to not miss opportunity when it comes knocking when speaking in favor of the proposal. Gilbert referenced Pinewood Studios that considered the county as one possible site before ultimately building in Fayetteville.

The proposed development is estimated to create 3,000 – 4,000 jobs during construction and 5,000 jobs at full build-out. In addition to the casino, the concept also includes a convention center, theme park, water park, hotels, and retail space.

If the statewide referendum passes, a second local referendum would be required in Henry County to approve building a casino in the local community. State committee members stressed the importance of voter engagement and turnout during the referendums to have their voices heard.