The Henry County Board of Commissioners have a called meeting on Tuesday, December 17, at 4 pm to receive updates about and discuss the Henry County megasite. The board’s regularly scheduled meeting will follow at 6:30 pm.

Meetings are held at the Henry County Administration Building located on Henry Parkway in McDonough. Community members are encouraged to attend. 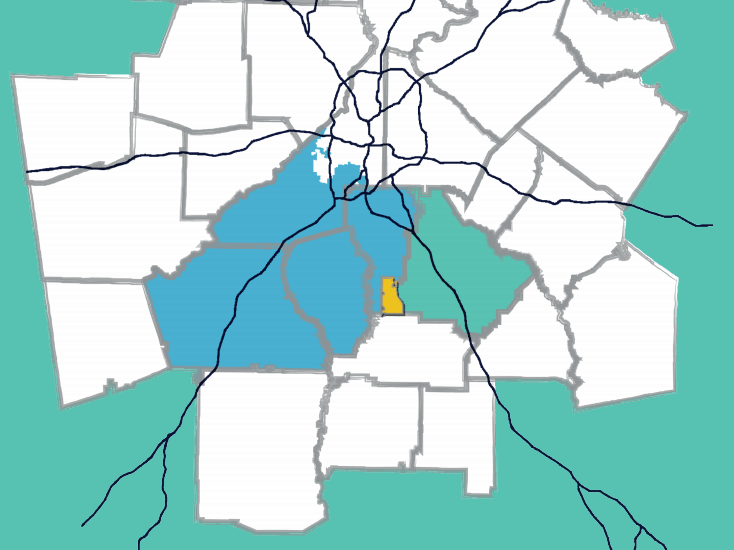 The Henry County megasite consists of approximately 6,000 +/- acres located west of US 19/41 in Hampton. Commissioners hired Tunnell-Spangler & Associates, Inc. in February 2019 in the amount of $252,500.00 to complete the megasite master plan.

The master plan was a recommendation from Henry Countyâ€™s comprehensive land use plan adopted in October 2018. Development goals include encouraging high-quality mixed use development in the area anchored by a premium employer that could offer new job opportunities to county residents.

At the board’s first planning update in September, the consultant team presented the commission with four scenarios for future development. The options ranged from market-driven conventional growth to more aggressive catalyzed or clustered growth requiring upfront investments by local government.

Moving Henry Forward asked page readers which scenario was the most appealing to them. Sixty-five percent of respondents selected “clustered growth” with a likely appeal to preserving rural land in the area.

AMS Casino and Convention Center could anchor the area.

If built, the development is estimated to create 3,000 jobs while under construction and 4,000 to 5,000 permanent jobs when complete. That potential to create jobs may draw support from locals that would otherwise be hesitant about a casino opening next door.

The proposal is one of several that have been shared as the Georgia General Assembly considers placing a constitutional amendment on the ballot to legalize casino gambling. If state lawmakers – two-thirds of both chambers – can agree on the details this spring, voters could see a statewide referendum in November 2020 on the topic. If that passes, and lawmakers include Hampton among the planned sites across the state, voters would then consider a local referendum to approve allowing a casino in Henry County.

In short, before we see any casino built close to home, we, the voters of Henry County, would get to vote twice on the topic.