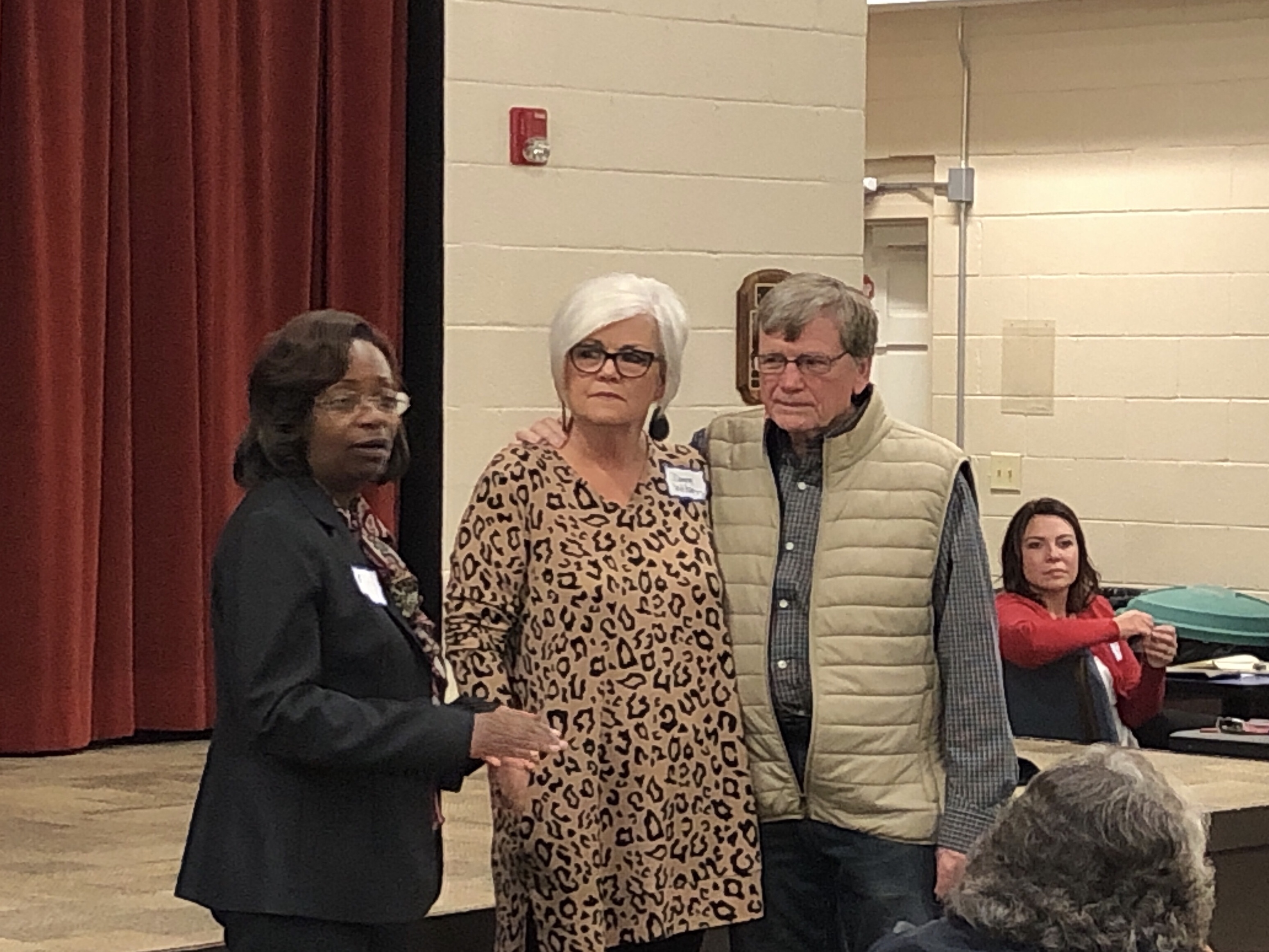 On an evening surrounded by family and friends, county commissioner Johnny Wilson announced his campaign for re-election in 2020. Commissioner Wilson represents district I in southern Henry County.

Commissioner Wilson was first elected in 2016 after retiring as a Henry County firefighter. Johnny described first deciding to run when some of his colleagues from the fire department knocked on his front door encouraging him to do so.

The commissioner’s platform in 2016 included improving public safety, addressing what he calls priority spending, and relieving traffic congestion through roadway improvements. If re-elected, he looks to continue many of the same initiatives.

Commissioner Wilson spoke about the class and compensation study, raising salaries of county employees to remain competitive with surrounding communities, and equipment investments. “We have bought in the neighborhood of ten to fifteen million dollars in equipment,” said Johnny, “a couple months back, we purchased seventy police cars.”

Wilson continued, “we have done this without raising the millage rate. The millage rate remains 12.733.” Henry County was recently named one of six counties in the state with a AAA bond rating, a testament to the county’s stability and healthy financial position.

Commissioner Wilson was the only district commissioner to budget one-hundred percent of the district’s SPLOST V funding towards transportation improvements. This includes finishing the southwest segment of the McDonough Parkway that’s under construction now, realigning South Ola Road with the intersection of SR 81 and North Ola, and dirt road paving Peeksville Road and Burg Road.

The commissioner has also resurfaced major secondary roads through the LMIG program including Leguin Mill and New Hope Road. To be resurfaced in 2020, he selected South Ola Road between Peeksville and Old Jackson.